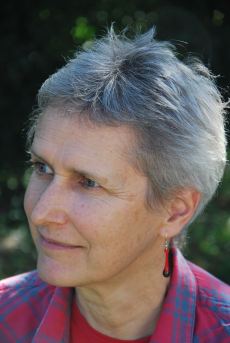 Alis  grew up on a dairy farm in Cardiganshire. Her inner introvert thought it would be a good idea to become a shepherd and, frankly, if she had she might have been published sooner.

As it was, three years reading English at Oxford revealed an extrovert streak and a social conscience which sent her off to train as a Speech and Language Therapist.

She has spent the subsequent three decades variously working in a burger restaurant, bringing up two sons, working with homeless people and helping teachers and families to understand their autistic children. And writing. Always. Nonfiction (autism related), plays (commissioned for production in heritage locations) and, of course, novels.

Initially fascinated by the medieval period, she began her crime and mystery career at Pan Macmillan with a historical novel set during the fourteenth century then fast-forwarded to West Wales in the nineteenth century to fulfill a long-held desire to write a book based on Wales’s best kept historical secret: the Rebecca Riots. But she fell in love – both with nineteenth century west Wales and her characters – and the result is the Teifi Valley Coroner crime series featuring visually impaired investigator, Harry Probert-Lloyd, and his chippy assistant, John Davies.

As a side-effect of setting her series in Ceredigion, instead of making research trips to sunny climes like more foresighted writers, she drives up the M4 to see her family.

Now living with her partner on the Welsh/English border, Alis speaks Welsh, collects rucksacks and can’t resist an interesting fact.

Fun fact: In 1977, Alis was the winner of the under 16s stockjudging competition at the Cardiganshire Federation of Young Farmers Rally. She loves cows…